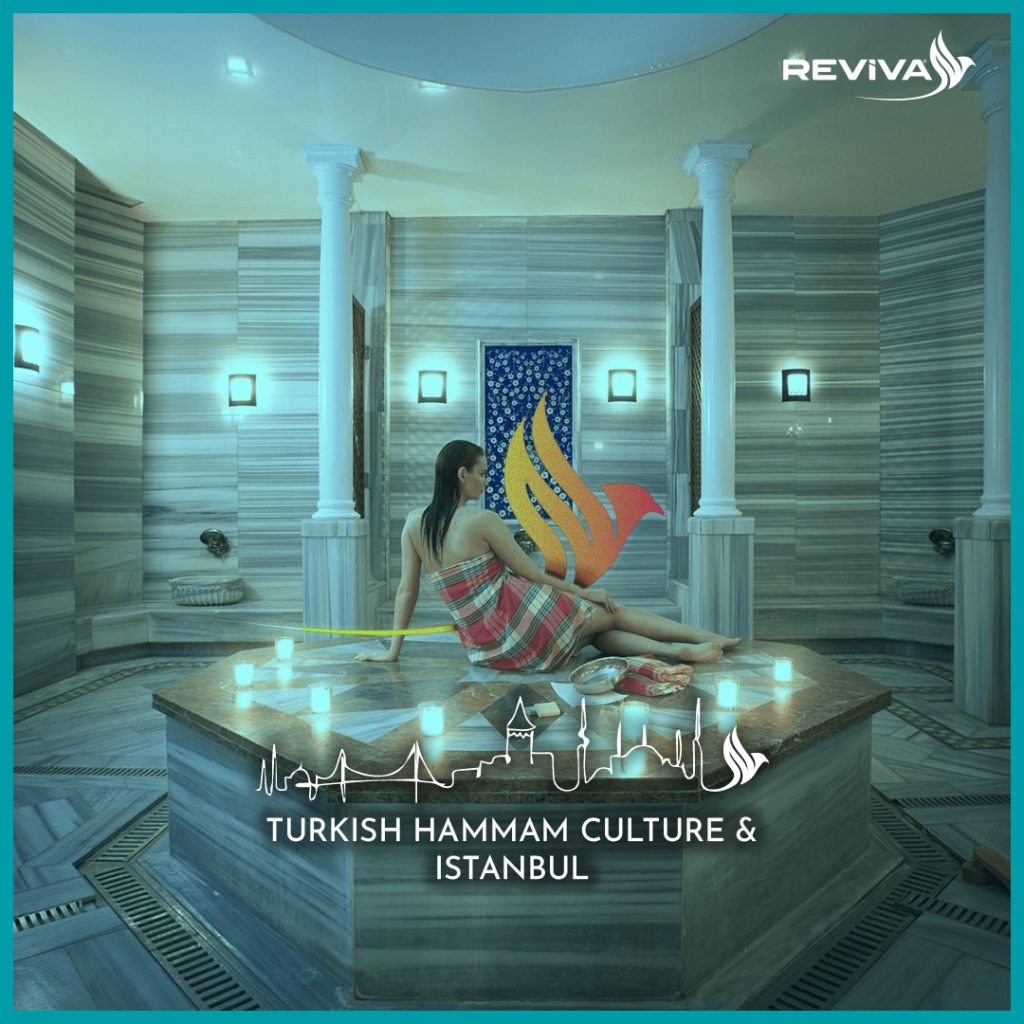 Throughout history, hamams (bath) continue to exist as an important cultural element that reflects Turkish culture and traditions. Although the original Turkish hammams have decreased in number today, thermal facilities, health and beauty centers and hamam units opened within other accommodation businesses continue to attract a lot of attention.

Hammam culture is actually a culture that goes back to ancient times. Since ancient times, human beings have been using water to provide body and soul cleansing, to protect their health and to get rid of various diseases. The sanctity attributed to water in spiritual and bodily purification also manifests itself in different cultures. For example, the Indians were cleansed in the Ganges and the Egyptians in the Nile.

Closed rooms used for bathing and purification of the soul on the shores of seas and rivers in the Ancient Greek World were improved during the Roman period and became structures that are also a part of social and cultural life. For Turks, with the importance given to cleanliness by the Islamic civilization, the hammams have acquired a very colorful and special place in Turkish culture with their architectural features and their place in social life. The hamam culture, which started with the Seljuks in the 11th century in Anatolia, became the most important element of civil architecture and an indispensable element of daily life in the Ottoman period.

The first hammas using hot water and a special heating system were built during the Roman period. The first known public hamam was the Stabia Baths in Pompeii City. The Romans carried the daily life and the political environment into the hamam. For them, hamams have become places where political decisions are made, meetings are held, poems are read, and competitions are held. It has become a symbol of the social life of the people such as hamams, hippodrome and theatres. The basic architectural elements of the Roman hamam, which has such an important place in its social life, are frigidarium (cold place), tepidarium (warm place) and caldarium (hot place). These structural features continued in Byzantine and Ottoman – Turkish hamam architectural structures by undergoing some changes. Therefore, the Turks who came to Anatolia already had the tradition of cleaning and bathing. When faced with the Roman hamam tradition in Anatolia, the Turkish bath culture, which also contained the conditions ordered by Islam, emerged.

In order to be able to worship in Islam, one must first ensure the cleanliness of the body, clothing and environment. For this reason, the construction of the hamam was completed before the construction of religious and commercial structures during the Seljuk and Ottoman periods, in order to ensure that the employees could perform their prayers comfortably, and thus the construction of the workers was ensured to continue the construction by providing the physical and spiritual cleanliness required by Islam. In addition, after the construction of the hamam was completed, a foundation was established to ensure its functionality. For this reason, many mosque complexes also have hamams. The hamams were also built separately from the complex. Hamams were built in Istanbul and Anatolia as a double or single hamam. Half of the double hamams are reserved for men and half for women, and the doors used by men and women to enter the hamam were used to be open to different streets. The hamams for women only in the neighborhoods were called “avret”, and those for men in the bazaar were called “rical hammam”.

In front of the Roman hamams, there were courtyards called palaestra, where various competitions were held, and Atriums, which were also built as waiting places. The interior architecture of the Turkish hamam consists of four parts: the dressing room, the warm room, the hot room and the furnace. The dressing room called Camegah is the first section after the entrance of the hamam. The hottest part of the hamam, where the actual washing takes place, is the temperature. There are general and private washing places here. In the middle of the heat, there is a specially heated section called the navel stone. Private washing areas are called “secluded”.

We understand how important the hamams are in social life, from the functions they had in social life at the time. In Ottoman society, hamams were places where women especially gathered, socialized, held conversations and entertainment, and did their personal care to beautify. In addition, mothers of boys would like girls to their sons in the hamams. During the Ottoman period, the places where women could socialize the most were the hamams. According to the capacity of the hamam, groups of twenty people would go to the hamam once a week. One used to go to the hammam early in the morning and stay until the evening hours.

Hamam culture has its own rituals, clothes and items. The women were preparing different hamam packs on their way to the hamam, where they spent a long time. The bundle contained the items and clothes they would use in the hamam. These were loincloths, washcloths, pouches, towels, Yemeni, soap, henna, hamam bowl, environment, hamam materials such as scruff, comb, and mirror that they would use for their beauty, and clean laundry put in a separate bundle.

Special shoes were worn in the hamam, and the decorations of the shoes such as silver and mother-of-pearl coating reflected the economic status of their owners. The soaps used in the hamam were particularly important. Those who gave a hamam invitation would have their guests make special scented soaps. Towels with embroidered cotton woven ends, embroidered with colored silk, thread and glitter were indispensable for both bridal hamam bundles and wealthy ladies’ bundles. Another indispensable thing was the hamam bowls. Some of the hamam bowls were made of silver and some of copper and they were embroidered with special motifs.

When it comes to the hamams, the symbolic officials of the hamams were ‘tellak’s. Tellaks had a special importance as a separate profession. Tellaks, who first became apprentices, had to get approval from their masters in order to become masters. The tellak candidate who received approval would wear a black peştmeal (loincloth) with a ceremony and wash the bather first, then start working by washing the private customer who came to the bathhouse.