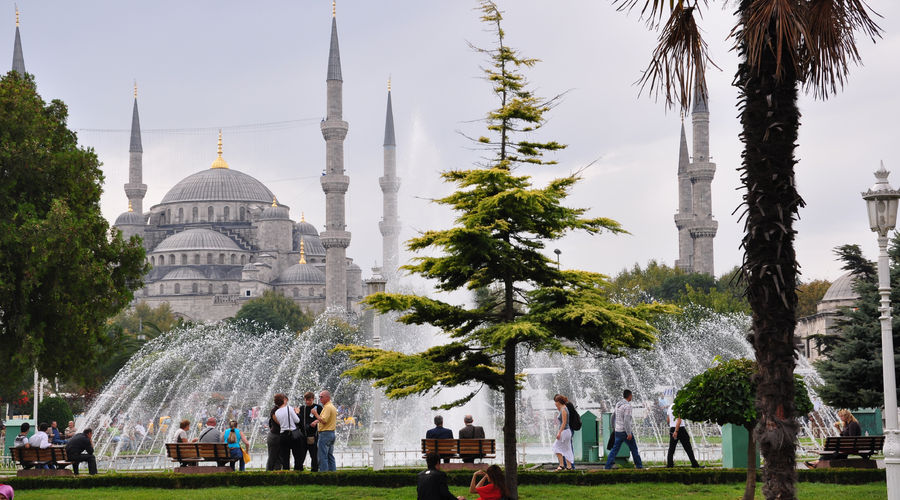 Go back in time to the days of ancient Constantiopolis (East Rome) and Ottoman Empire on this walking tour of the historic Hippodrome, Blue Mosque, Topkapı Palace, Hagia Sophia and Grand Bazaar. Explore the streets of Istanbul’s Old City, visit its best attractions and learn about its amazing history.

If you are a foreigner and come to Istanbul for the first time, you should definitely take this tour to understand what kind of city you are in. If you are from Istanbul, I think you should also do this tour at least once a year. Because feeling the uniqueness of Istanbul will make us feel special and increase our commitment to our city.

Pick up is available from centrally located hotels. 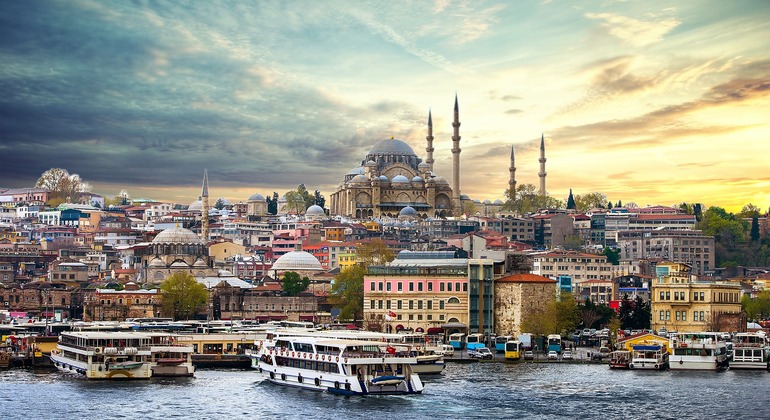 Fener, Balat and Ayvansaray are adjacent to each other on the same axis. Here you can experience multicultural identity of Istanbul that no other place in the world have such a cultural richness. These neigborhoods was Istanbul’s Greek Orthodox and Jewish neighborhoods in Ottoman times and until the first decades of the Turkish Republic. Therefore, you can observe the heritages of those cultures and periods harmonized with Turkish Islamic culture. These neighborhoods are the best examples of intercultural harmony and peace. Beautiful old houses, churches, synagogues, mosques, schools, street tastes, cafes and restaurants in the ongoing daily life of the local inhabitants.

Today, this area is known as Ayvansaray. The holy spring identified with the Virgin Mary is still visited and called the Ayazma in Turkish. The word is derived from the Greek word hagiasma, meaning “holy water”.

Agora Meyhanesi, Forno, Balat Sahil Restaurant, Balat İşkembecisi are some of the special places of mediterranean cuisine in this area that we may taste upon your request.

Meeting point is Kadir Has University

Pick up service is subject to extra payment. 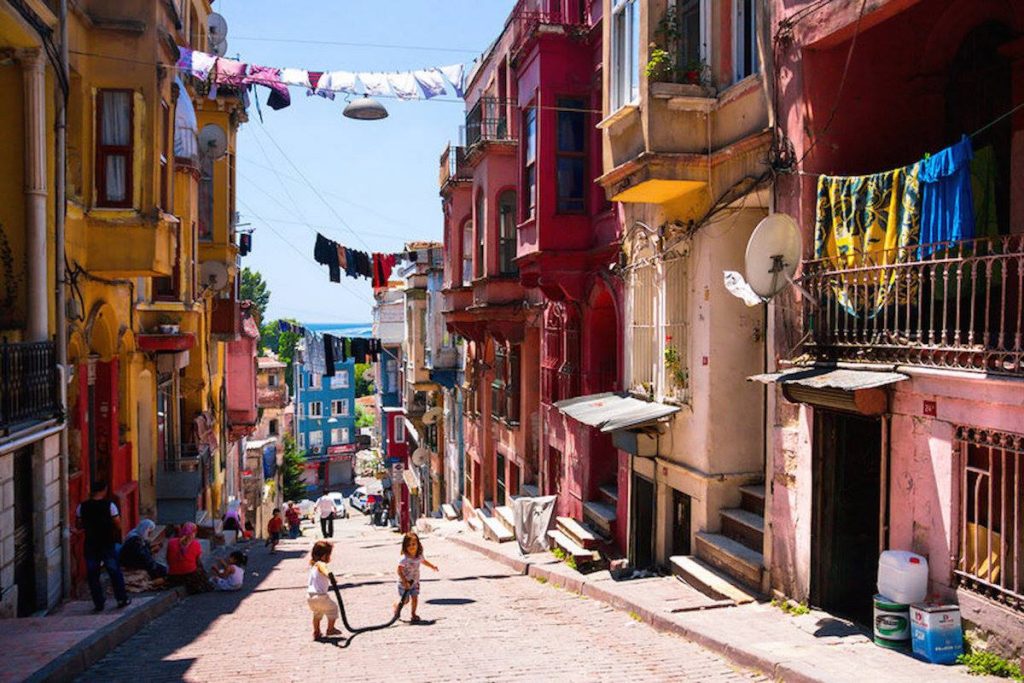 There are incredible options for shopping in Istanbul, which has been one of the most important attraction centers in the world for centuries and welcomes as many visitors as its own population in every year.

If you wonder where local people’s shopping preferences; Mahmutpaşa, Tahtakale and Spice Bazaar are very close to the Grand Bazaar.

Istanbul also has many shopping malls that house the stores of big, famous brands. It is possible to find very advantageous prices when compared to the prices in your own country. 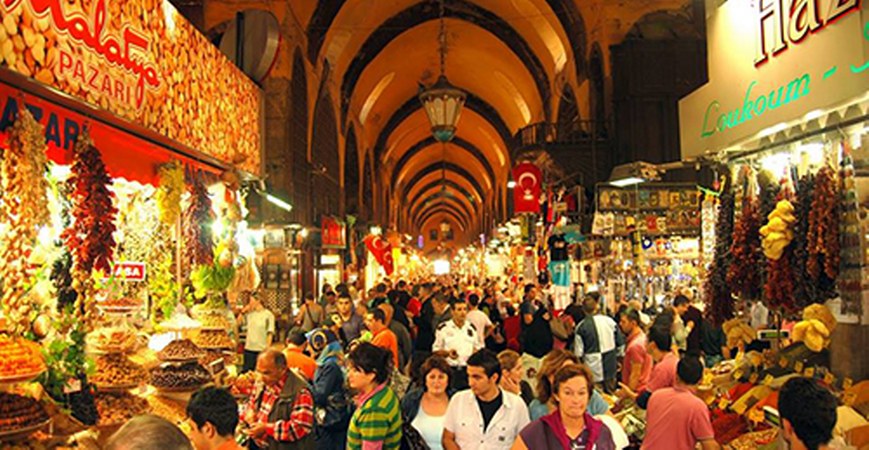 Gastronomy tourism is a tourism activity characterized by visitors’ experience of food-related products and events while traveling. Besides authentic, traditional and/or innovative culinary experiences, Gastronomy Tourism may also include other related activities such as visiting local producers, attending food festivals and attending cooking classes (WTO).

“Istanbul Cuisine”; It is a combination of Turkish Cuisine, Ottoman Palace Cuisine and the cuisines of communities that have lived in the city for centuries. In the Istanbul Cuisine, which includes gastronomic riches, “delicacies with olive oil, appetizers, fish dishes, Ottoman Cuisine dishes cooked with dried fruits and nuts, and a rich breakfast culture including Turkish Tea and Turkish Coffee” stand out as distinctive tastes. 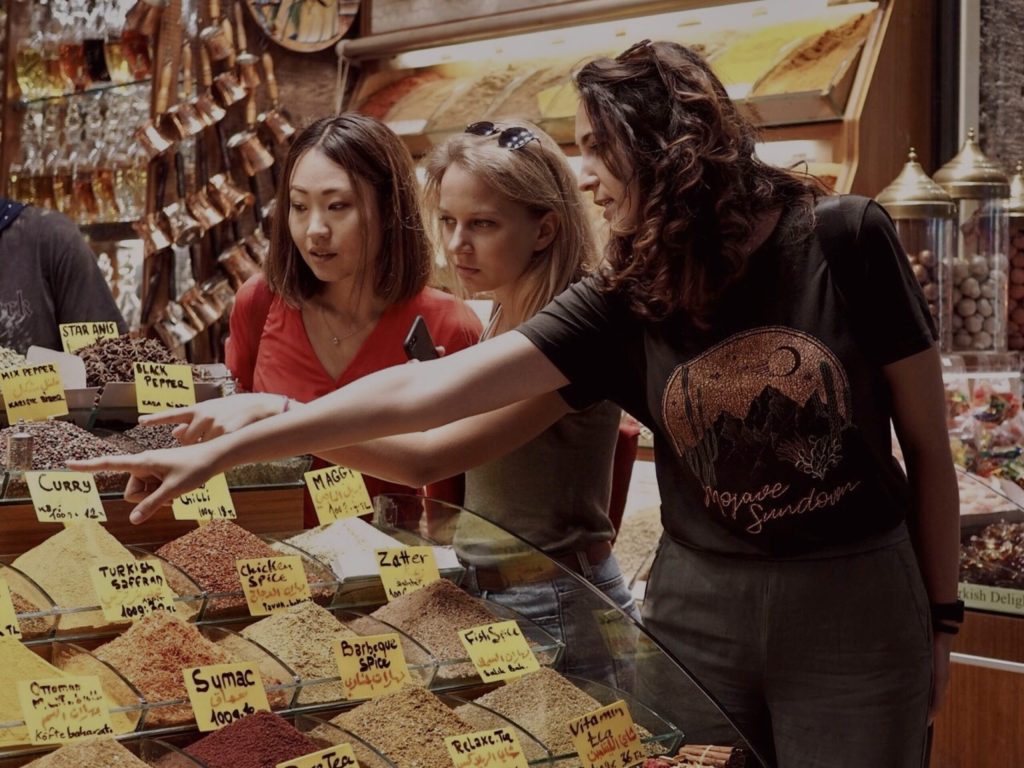 We start our tour from Kuzguncuk, which is of great importance in terms of showing how three great religions can live together in peace. The mosque, church and synagogue lined up on the same street in Kuzguncuk attracts the attention of those who see it. Kuzguncuk, where 3 faiths live together, stands out with its culture of tolerance. The tolerance district, where the mosque and the church are almost in the same garden. Kuzguncuk also offers great alternatives in terms of street tastes.

Hagia Sophia-i Kebir Mosque, which is among the most important monuments in the history of world architecture that has survived until today; It has an important place in the art world with its architecture, magnificence, size and functionality.

This magnificent work is the largest church built by the Eastern Roman Empire in Istanbul and was built three times in the same place. Today’s Hagia Sophia-i Kebir Mosque was built by Emperor Justinianos, two important architects of the period, Anthemios from Tralles (Aydın) and Isidoros from Miletos (Balat). The building, which was open to worship as a church for 916 years, was converted into a mosque when Fatih Sultan Mehmed conquered Istanbul in 1453.

It is the churches of the Pantokrator Monastery belonging to the Byzantine period and was established on a large land arranged with terraces on a hill overlooking the Golden Horn. The names of the three adjacent churches that make up the mosque in the Byzantine period are Îsâ Messiah (Christos Pantokrator), the Ruler of the Universe, Archangel Michael (Arangelos Mikhail) and the Compassionate Virgin Mary (Theotokos Elaiusa).

According to legend, Bulgarians living in Istanbul wanted to leave the Greek Patriarchate in the 19th century and have an independent church built for themselves. They present their wishes to the Ottoman sultan of the time. However, Sultan Abdulaziz does not want the Bulgarians to build an independent church from the Fener Patriarchate. In order not to directly reject the demands of the Bulgarians, “I will give permission on the condition that the church construction is completed within three months”

Sinagoga de Ahrida was built at the beginning of the 15th century and has the name the city of Ohrid in North Macedonia, where its founders immigrated to Istanbul. It is still the largest synagogue in Istanbul today. Founded by the Romaniotes, this synagogue became a Sephardic synagogue over time, as the Romaniotes assimilated under the Sephardi.

One of the most important spiritual places to visit in Istanbul is Eyüp Sultan Mosque and Tomb. The tomb of Khalid b. Zayd (Abu Ayyub al-Ansari), who hosted Hz. Muhammad in his home when the Prophet migrated to Medina and was also the writing clerk of revelation, makes the tomb and its surroundings a sacred place. 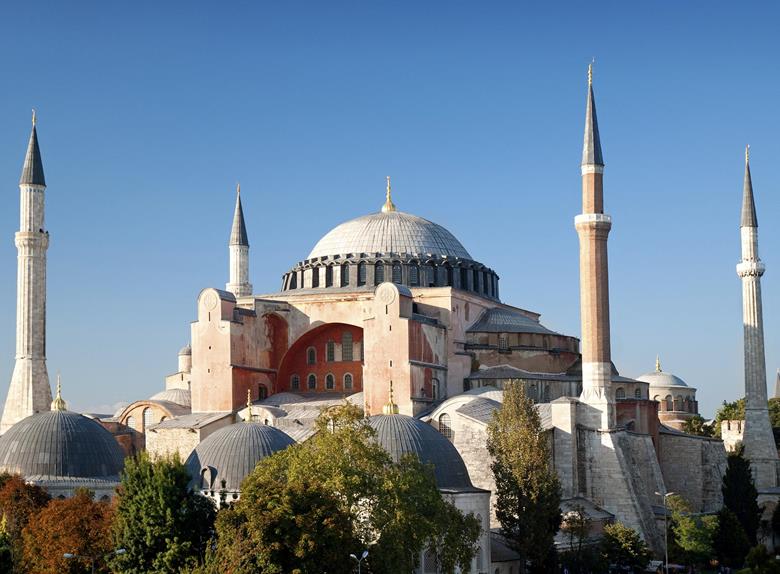