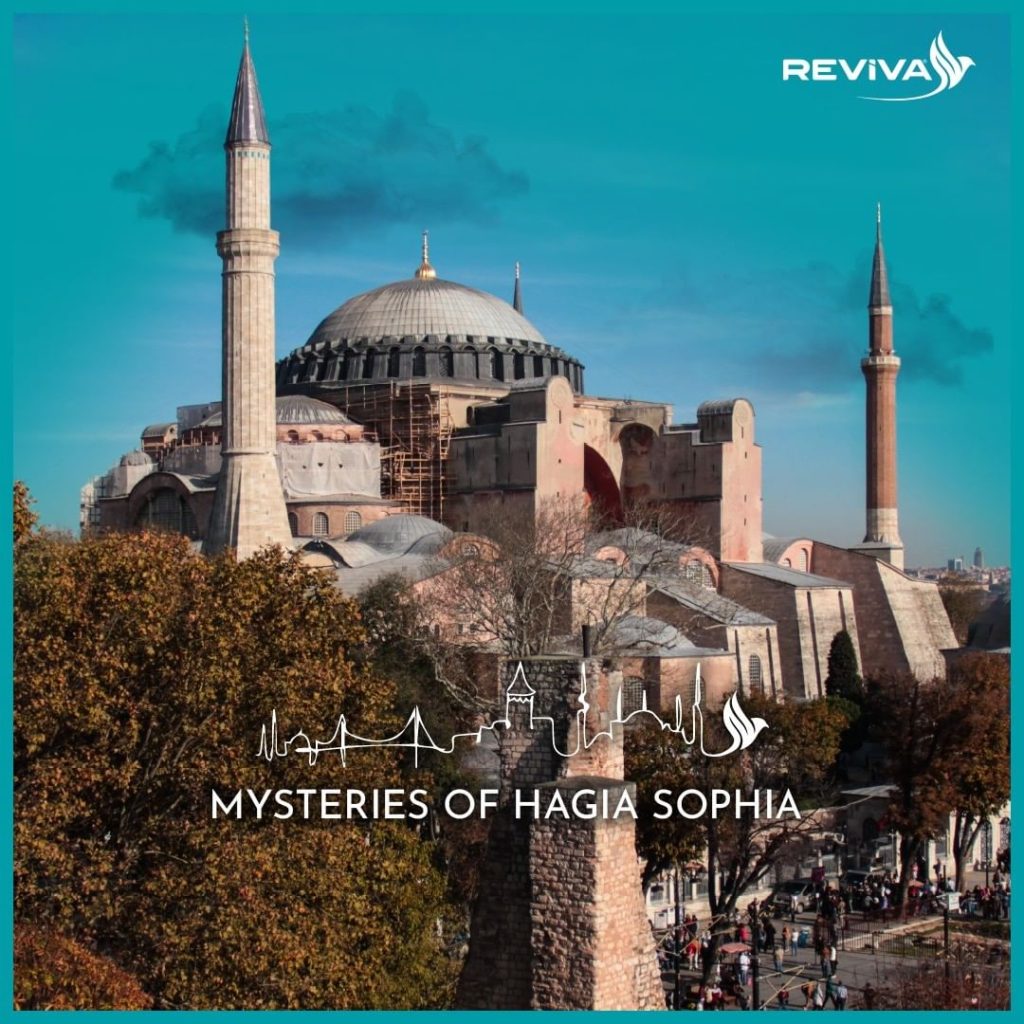 After being used as a church for 916 years, a mosque for 482 years and a museum for 85 years since the day it was built for the third time, Hagia Sophia was brought back to the status of a mosque in 2020.

Hagia Sophia is a symbolic structure that contains many mysteries as well as its historical importance and architectural beauty. Legends have been made about it since its inception. There are many legends about Hagia Sophia, including the that giants and jinn took part in its construction, Hızır (Spiritual identity which means Green Man in Arabic) turned Hagia Sophia to the Kaaba, whether the signature in the decision of the Council of Ministers to turn it into a museum belongs to Mustafa Kemal Atatürk.

Hagia Sophia was built by the Byzantine Emperor Justinian between 532-537. Not only its size but also the fact that it was built in such a short time are the reasons why Hagia Sophia is considered as miracle which is the world’s oldest cathedral and the first cathedral built in the shortest time. In addition to these important rational facts, Hagia Sophia also associated with a number of legends.

Let’s take a look at these legends one by one.